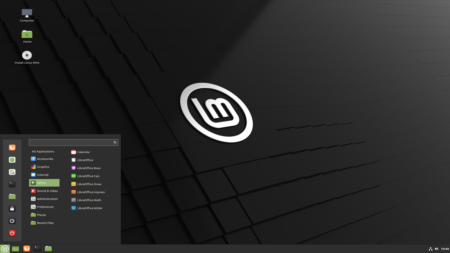 Linux Mint 20.2 is a long-term support release which will be supported until 2025. It comes with updated software and brings improvements and many new features to make your desktop even more user-friendly.

Although they are technically different from the APT updates, they are presented to you in a very similar way. You can view the same information about them and take advantage of the same features as before, such as the ability to blacklist a specific spice or version of spice.

You can also automate spice updates. In automatic mode, the spice updates shortly after you log in, and then the desktop environment is updated. This is barely noticeable (Cinnamon restarts smoothly, you just see the mouse cursor reset to the screen when it happens), and a notification appears showing what has been updated.

In the past, available updates were simply displayed as a little orange dot on the Update Manager icon in the system tray and could go unnoticed for a long time. In Linux Mint 20.2, the Update Manager is now able to remember how long each update has been available, how many days the computer has been on during this time and to assess whether it is worth displaying a notification to remind you of available updates.

This new notification feature was designed to add comfort to the user experience, not take it away, so it was important to make sure that it was a nice addition and not an annoying distraction. The way this is done in other operating systems such as Windows or Mac was an example that Linux Mint did not want to follow.

By default, the Update Manager shows a notification if a particular update has been available for more than 7 days at login or if it is older than 15 calendar days. These values can be configured up to 2 days or up to 3 months.

By default the Update Manager also considers only security and kernel updates relevant for notifications, but you can change this in the settings.

The last setting is the grace period. If any updates have been applied to your computer in the last 30 days, whether through Update Manager or another APT program, no notifications will be shown.

On computers where updates are unwanted and 3 months is not enough, there is no need to keep the Update Manager running in the background, and you can disable it completely.

Nemo, the Cinnamon file manager, has a new search function. Until now you could only search for files. In Nemo 5.0 you can combine file search and content search, i.e. files that are named a certain way and/or contain certain words.

Performance and resource use

Cinnamon 5 has fixed 5 memory leaks and implemented a new monitor to detect, log and fix cases where Cinnamon takes up too much memory.

Using the system settings, you can now limit the maximum amount of RAM that Cinnamon can use:

If this maximum number is reached, Cinnamon will restart itself. You will not lose your session or windows, Cinnamon will just not respond for a second while it restarts itself. It will keep a log of these events so you can see if it happens often and help the development team troubleshoot.

The Cinnamon screensaver daemon used to run in the background all the time. In Cinnamon 5.0, it now runs only on demand when the screensaver needs to be activated. As a result, there is a minimum increase in RAM of about 20 MB on weak computers and up to several hundred MB on performance computers.

Although this is technically more of a code change than a resource optimization, the response time for rapidly switching between two applications with Alt+Tab has been improved, giving the impression of a faster working environment.

Cinnamon 5.0 provides a new CLI and a Python 3 module designed to update spices.

The new command line utility is called "cinnamon-spice-updater". It displays a list of available updates and can apply them. Linux distributions can also rely on the new Python 3 module to integrate Cinnamon updates into their update manager, as was done in Linux Mint 20.2.

In past versions of Cinnamon, there was a difference between the Installed tab and the Download tab for applets, desktops, and extensions.

This was done to ensure that everything was translated correctly and that all spice had the same name, icon, and description whether they were installed or not.

Additional information has also been added, such as the author's name and a unique spice identifier.

Behind the curtain, the validation and translation process have been revised, and checks have been added to the continuous Cinnamon integration.

In addition to locking the screen, the screensaver launches a new backup window in a separate process. This is done to ensure that input is captured and the session is hidden even if the screensaver accidentally drops.

Improvements have been made to the window manager regarding focus hijacking, winnowing full-screen apps, and restoring window positions after Cinnamon restarts.

Support for orca has been improved in the preference settings, and IPV6 DNS is now displayed.

The menu applet respects natural size and can switch categories by clicking instead of hovering.

The sound applet can show the player, status, artist and cue in its tooltip.

More information about the changes in Linux Mint 20.2 "Uma" can be found here.

The Release Notes contain important information about known problems, as well as explanations, workarounds, and solutions.

Instructions for upgrading from Linux Mint 20.1 and Linux Mint 20.
If you're using BETA, use the Update Manager to apply the available updates.