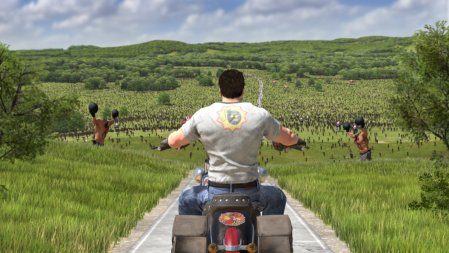 Proton GE is usermade release of Wine with additional patches for the best games performance.

This release only contains a lot of game-related fixes. Some complete, some partial. Some important additions are based off new found multiplayer desynchronisation bypass in some games (FOR EXAMPLE MK11 AND AGE OF EMPIRES II: DE). Multiplayer mode of MK11 has finally started working and looks as correct as possible. If you know other games that desync in multiplayer, you might need vcrun2019_ge, which was added into protonfixes. Also it's reccomended to update GPU drivers if you play HZD, Death Stranding, Serious Sam 4. For AMD users the reccomended GPU driver is mesa-git, for Nvidia -proprietary NVIDIA driver 455.23.04 beta.