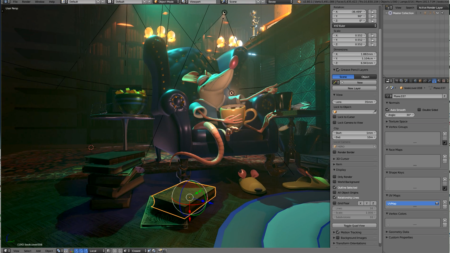 On July 29, 2020, an announcement appeared on the official Blender 3D website that Microsoft had joined them as a corporate Gold member. This means that Microsoft will provide the Blender Foundation with at least € 30,000 per year.

The statement from the chairman of the Blender Foundation was short:

Microsoft makes use of Blender to generate synthetic 3D models and images of humans that can be used to train AI models. For researchers, having access to high quality free/opensource 3D software has proven to be of great benefit for scientific projects. You can check some of their work here.

We at Blender are very proud of this support statement, it’s another important signal that the industry migrates to open source and finds ways to contribute to it.

Over the past year, we have seen Embark Studios, AMD, Adidas, NVIDIA, Ubisoft and Epic Games join in funding the development of the project. In addition to these organizations, the project is also funded by Google, Ubuntu developers Canonical, Valve and many others.

The Blender Foundation currently receives around € 94,175 per month from 41 corporate sponsors and 4601 individuals. It is also worth noting that the Blender team currently has several open positions such as a back-end developer, the author of the Blender 3D changes and innovations blog, and a community coordinator.