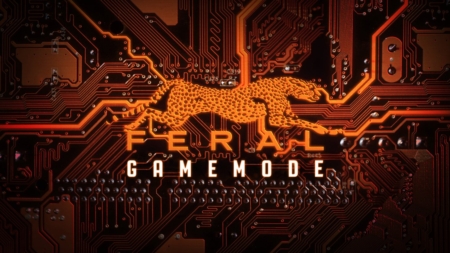 GameMode was originally released as an optimization tool for older processors, or processors with disabilities. Now this project is being developed under the leadership of Feral Interactive. GameMode is open source. At the moment, it is aimed at Linux gamers and improves performance in games such as DiRT 4, Rise of the Tomb Raider, Total War: WARHAMMER II, Middle Earth: Shadow of Mordor and other games ported by Feral Interactive.

After a long time, the light saw the new release of GameMode. GameMode 1.5 introduced some features that Jason Ekstrand of Intel and Christian Kellner of Red Hat worked on. New features include the ability to dynamically switch the CPU control used on Intel integrated GPUs, since the use of "performance" caused problems when the GPU is under load, so if necessary, it can now switch to "power saving", which will "save energy on processor side. This will increase the GPU clock speed. ”

In addition, it was added to the release:

You can find out more information here.

P.S .: we updated the installation instructions for GameMode.