Feral is a company founded in 1996 to develop and release the best games on MacOS. Since then, they have become the world's leading game publisher for MacOS, and more recently for Linux.

On December 19, 2019, Life is Strange 2 will be released for MacOS and Linux, announced Feral Interactive on Twitter.

While on the run and sharing a terrible secret, the brothers Sean and Daniel can only rely on each other in a world turned against them. With the police on their trail, they must keep moving along the long road to Mexico...

Feral posted a short video about this, and also confirmed that the game uses Vulkan for Linux.

A few hours later, news was posted about the release of MacOS and Linux shortly after the Windows game Total War: THREE KINGDOMS - Mandate of Heaven. 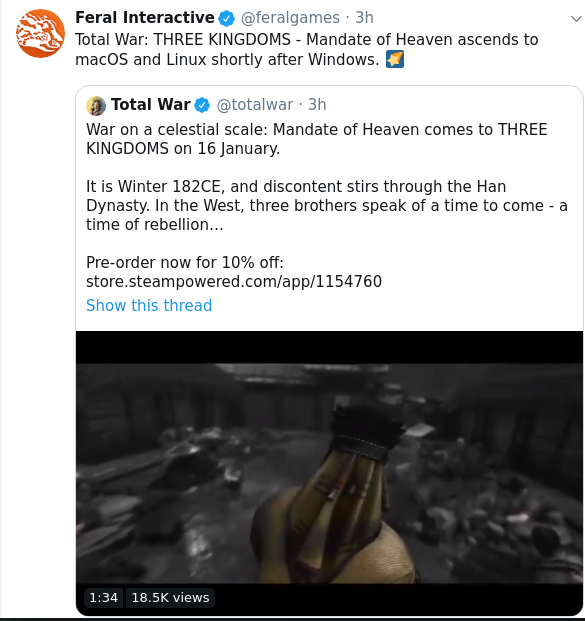