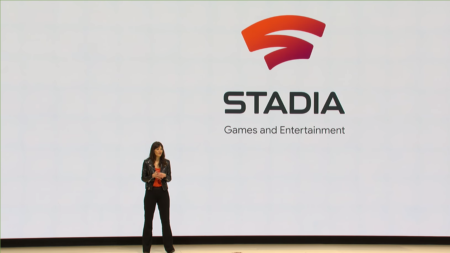 Google talked about their plans for the development of the cloud service Stadia.

Thus, Google wants to attract a large audience. And games that will be created specifically for Stadia may never appear for users of GNU/Linux distributions.

For Google Stadia, Raymond sees two main opportunities for developing games that are impossible on other platforms. The first is located in the very center of Stadia sales: all calculations take place in the cloud, Google games can be developed taking into account the restrictions set on their server hardware, and not on users' devices.

The second option is the introduction of non-gaming technology company. The technology of Artificial Intelligence (Google Duplex) was especially noted:

Imagine having that kind of AI powering NPCs in story-based games. Instead of having the usual quest-giver that repeats a static line of dialogue, imagine having Google Duplex-powered believable human interactions embedded in any game that has narrative.

Of course, all this is great. However, Stadia is another commercial project from Google. For Linux users, this project will not bring any sense, as it was said above: games that will be created specifically for Stadia may never appear for users of GNU/Linux distributions.

What do you think of Google Stadia? Leave your opinion in the comments.